Kids dream of becoming superheroes. Crime fighting vigilantes. The suit, the strength, the protection of their own power – it’s a dream you’ve most likely carried into adulthood. Well here’s your suit, your strength and your protection. Impressed? 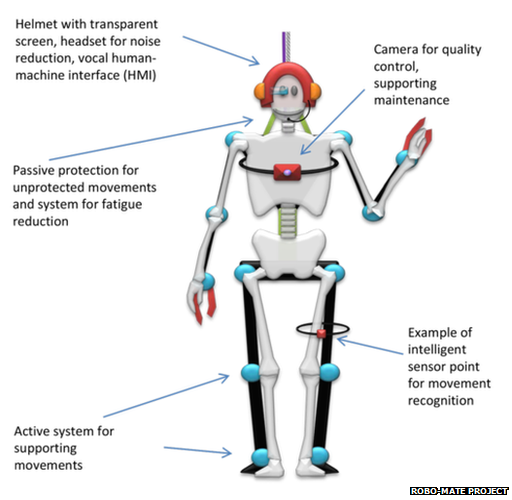 This exoskeleton robot is currently under development, aimed to provide support and safety to those who work in physically demanding roles, such as lifting excessively heavy loads (such as when the risk is long term health problems) where fully automating the process is not possible. The UK Work Foundation estimate that 44 million people in the EU have suffered musculoskeletal disorders due to their work.

The EU is strongly backing the process committing 4.5m euros to the robots, and companies such as Fiat and Indra working with the development teams. Active, healthy workers are well worth the investment.

So, it is estimated these kinds of hybrid suits will be commonplace in the next 2-3 decades. Keep up that imagination and maybe you can be Super-Factory-Man! (I know, that was bad…) It is cool technology, which will no doubt lead to seeing more interaction with these humanised robots in the future.