What’s the main incentive when people apply for a job? Is it the location? How about the hours? Unfortunately not. It’s the pay! “Employees who believed that their company’s pay process was fair and transparent were 13% less likely to leave than employees neutral on the subject. Those who felt entirely in the dark about what factors into their pay were 57% more likely to plan on leaving in the next six months.” Said Chris Martin, lead data analyst at PayScale.

Often people stay with the same employer for a long period of time in order to gain more responsibility or a greater wage. However what if changing jobs more frequently is actually a faster way of increasing your pay growth?

This article will outline a convincing argument that actually, actively searching for work, perhaps in the long run, is far more beneficial

A study by Think Tank Resolution Foundation has revealed that switching jobs may have a positive impact on pay growth. In their quarterly earnings outlook, the group said nominal pay growth in the UK is set to hover around or slightly below its current level of 2.7 per cent over the coming months, which it says is “well below its pre-crisis average of 4.5 per cent”. “However, wider evidence indicates that pay pressures have built in recent months as slack has reduced. Nominal pay has bounced back after a slight dip following the referendum and has been above 2.5 per cent for the past six months.” Meanwhile, salary growth for those who moved jobs in the last year hit 11 per cent in 2018, the highest it has been since 2011, while for people who stayed with their employer, growth was stuck at 2.5 per cent, below the average.

So what does all that mean..?

In essence, those who haven’t moved position in the past quarter have received on average a 2.7% increase to the income over the months. However, those who did move to another position received an 11% increase to their pay growth. This provides us with a convincing case, that remaining active within the job market is probably the way our labour market is going to go.

So what does this mean for recruiters?
We’re likely to see in the near future a higher turn over of staff, not only within the business as employees seek employment elsewhere, but from the very workers we employ for our clients. With this affecting the entire work force, positions (although they’re likely to be filled quickly as people look to “jump ship”) will also become available more frequently. 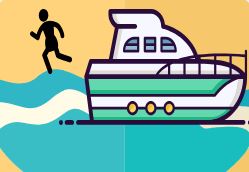 We will potentially see incentives within businesses increase. Perks such as a Company Car and days off on your Birthday will become easier to achieve, instead of being with the business for 3 years, perhaps now only 2?

We believe that these are the steps that companies will have to take in order to reduce staff turnover. Obviously within the Recruitment Industry it’s very unrealistic to offer your temporary staff a Company Car to make sure they stay with you! However other alternatives such as extra holidays,  shift premiums and attendance bonuses, pay increases, additional facilities to the workplace etc could be considered.

We feel these are the steps that we’re likely to see become all the more frequent over the next 2/3 years. Perhaps now is the time to start implementing these bonus features into your business to help retain staff!