In Recruitment the success of business hinges on one simple factor; Can you find the staff to fill your bookings?
Recruitment is a struggle at the moment due to Unemployment being at its lowest for over 50 years. Great news for the economy, not so much for recruitment!

However what if I told you that the over 50’s bracket are staying in work for longer and actually committing to positions until they retire. Currently in the UK there are approximately 24,748,000 people aged over 50.  The over 50 bracket equals almost 40% of the UK population (38%). A study carried out by Aviva Insurance has found that: 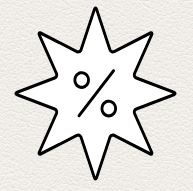 With a third of the UK workforce set to be aged over 50 by 2024, perhaps now is the time to increase your commitment to older employees and help them adapt to a longer working life. The research reveals that employers could be missing out when it comes to the skills and experience their older workforce can offer as they’re more confident about their ability to keep up at work (41 per cent) and their relevant skill set (37 per cent) than their younger counterparts (36 per cent and 33 per cent for those aged between 25 to 34).

These statistics go hand in hand with the minimum state pension age – as years go on, the minimum age a person can retire goes up, (currently 63 for a woman and 65 for a man). However, that number is likely to rise to 66/67 for each gender by 2024. For people who are now aged 40/50, they could be expected to work until they’re aged 69/70 and therefore we’re likely to see an increase in the number of over 50’s in work as they try to accumulate more money to go into their pensions. So perhaps as mentioned earlier, investing money into older workers could save you money down the line, as they don’t require training due to their life experiences, unlike a 25/30 year old who will need training and investing in when perhaps later down the line they’ll jump ship to a more suitable position.

In conclusion, within the next 10 years we’re likely to see the average age of people in work increase as more people work to the end of their pension age. This in turn will make employers have to consider applicants who are of an older age, but this might not be a bad thing. Applicants who are of an older age have more life experiences and are more likely to stay with the business for longer or even until they decide to retire. This potentially is a more attractive trait than those who apply who are of a younger age, who are more likely to jump ship or use the opportunity as a stop-gap between jobs. So perhaps we should see these changes as good things and not threats, so that when the age we can retire increases again, companies will already be ready having a more “experienced” workforce.