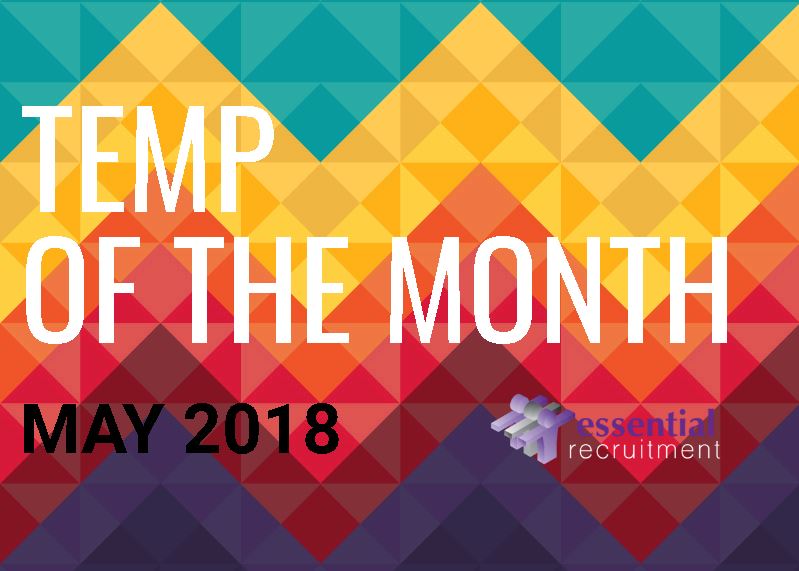 It’s been an exciting time for Temp of the Month as we received some fantastic nominations from our branch network.

The downside however is that it left our Managing Director, Marc completely stuck for who to choose!

In the end he decided that there was no way he could choose between the nominees – and in an act of generosity, gave ALL of the nominees  the award!

Here are our May winners:

Branch: Barnsley
Candidate: Katie England
Job title: Order Picker
Nomination statement: “We’ve had great feedback from our client for Katie. She’s never had any time off, and she is now being trained in another department.” 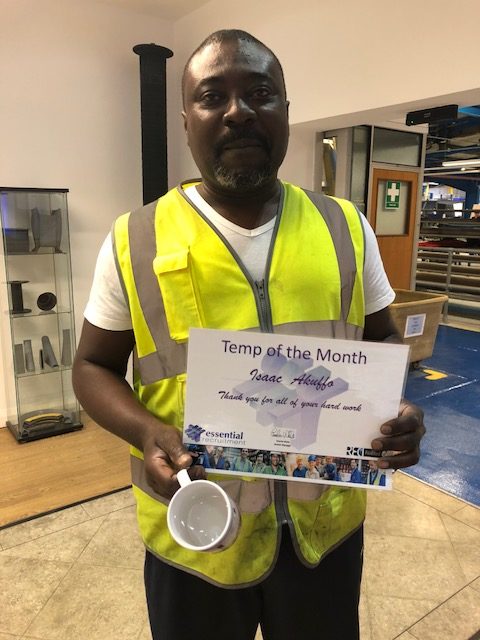 Branch: Chesterfield
Candidate: Patricie Sandorover
Job title: Order Picker
Nomination Statement: “Patricie was the first candidate we placed with a new client in a new area, and she is getting on very well. She is a very capable worker and is really impressing all round! Our clients are very very happy with the standard she has set for Essential workers. “

Branch: Long Eaton
Candidate: Gary Jessamine
Job title: Factory Operative
Nomintation statement: “Gary is a fantastic candidate! He has worked overtime almost every wee, and we’ve never had any issues with him. He is a brilliant representative of Essential. ” 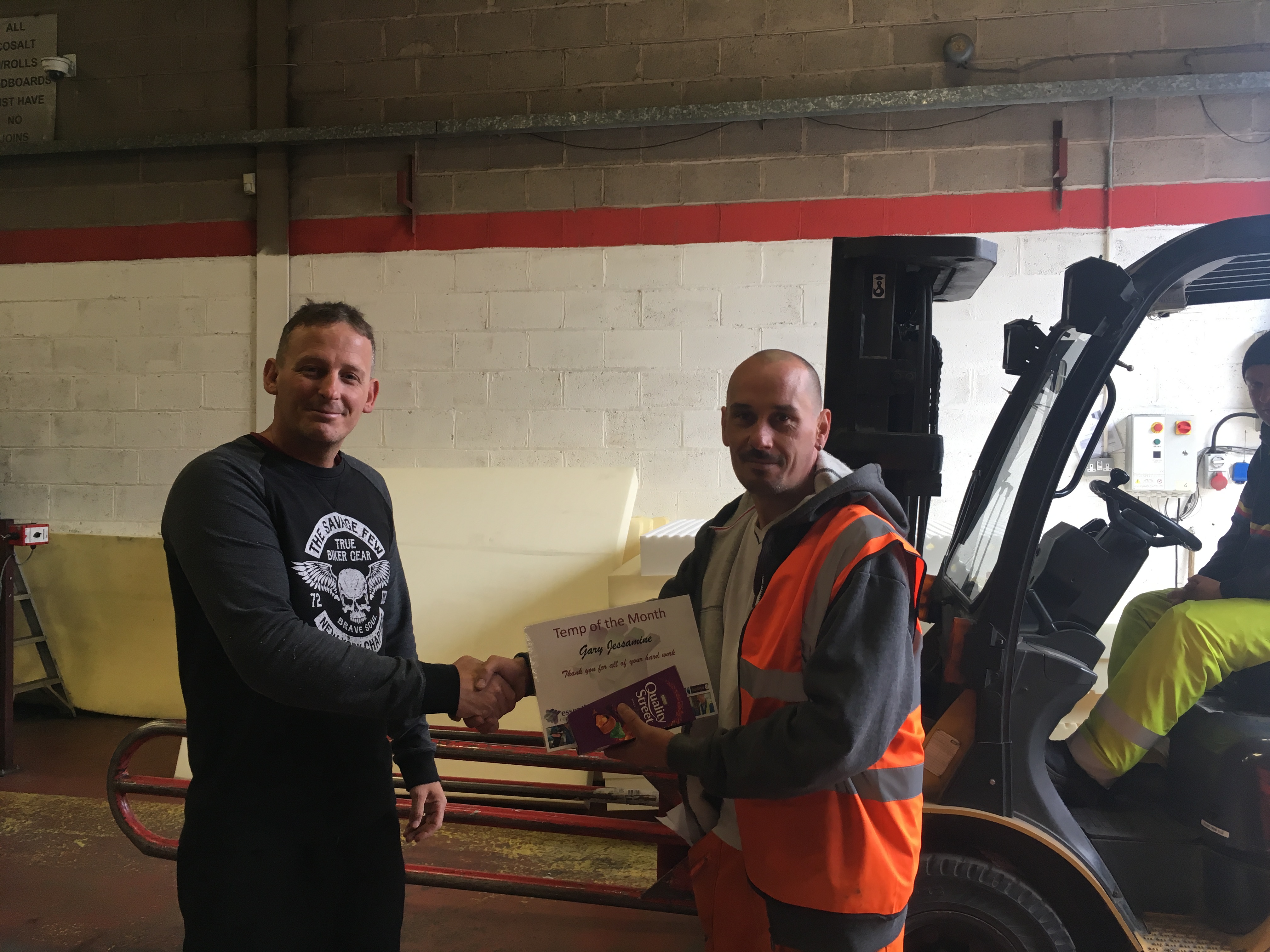 Branch: Mansfield
Candidate: Lukasz Roman
Job title: Warehouse Operative
Nomination statement: “Initially Lukasz was only set up to work 4 days, but he’s still with our client after 5 weeks! He is now on a temporary ongoing contract”

Branch: Ripley
Candidate: Richard Prior
Job title: Packing Operative
Nomination Statement: “Richard has recently been the back bone of his workplace regarding short notice availability, weekend cover, going in early on shift and staying late to help cover for absences. He never says no and will do anything for us! We could not thank him enough for the past few weeks. 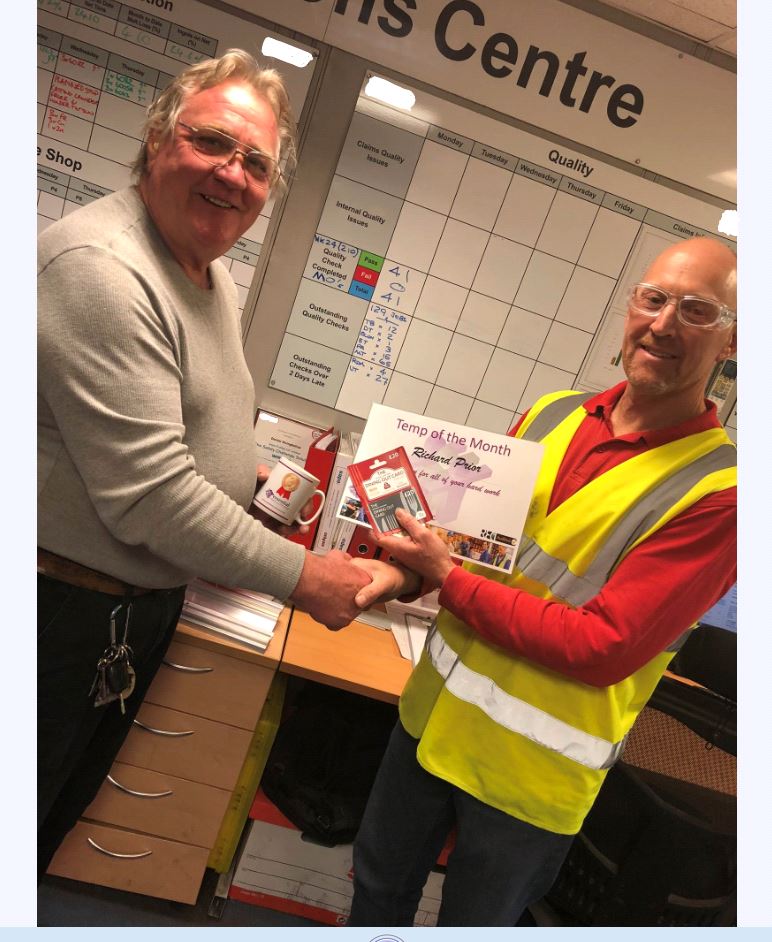 Branch: Worksop
Candidate: Daniel Vaduva
Job title: “Daniel has been with our client for two years, never had a day off sick, he never complains, he will do anything which is required. Unfortunately for Daniel he is in the wrong department to be taken on permanently. He knows other people receive contracts and still doesn’t moan, it would be nice for him to receive recognition from us for his loyalty. 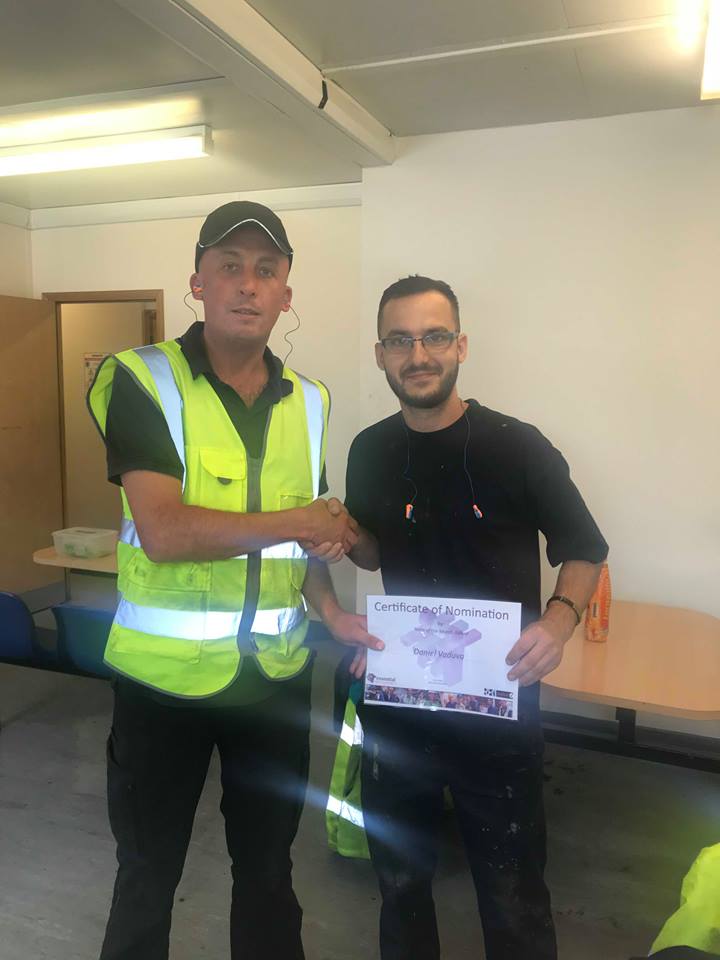 Branch: Doncaster
Candidate: Vinny Dimbleby
Job title: Assembly Operative
Nomination Statement: “Vinny has been great since the day he started with us, not just in his current contract but with other clients too. In his current position, the management love him, they even called after his first shift to say how impressed they are with him! Vinny tells us he loves the job as well. He is a really nice guy, he’s always on time and always happy to work over time. 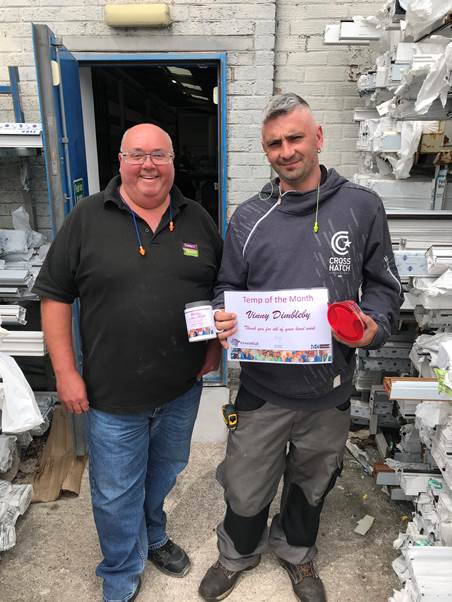 Are you looking for work? Contact your local branch today: https://www.essentialrecruitment.co.uk/contact-us/find-your-nearest-branch/