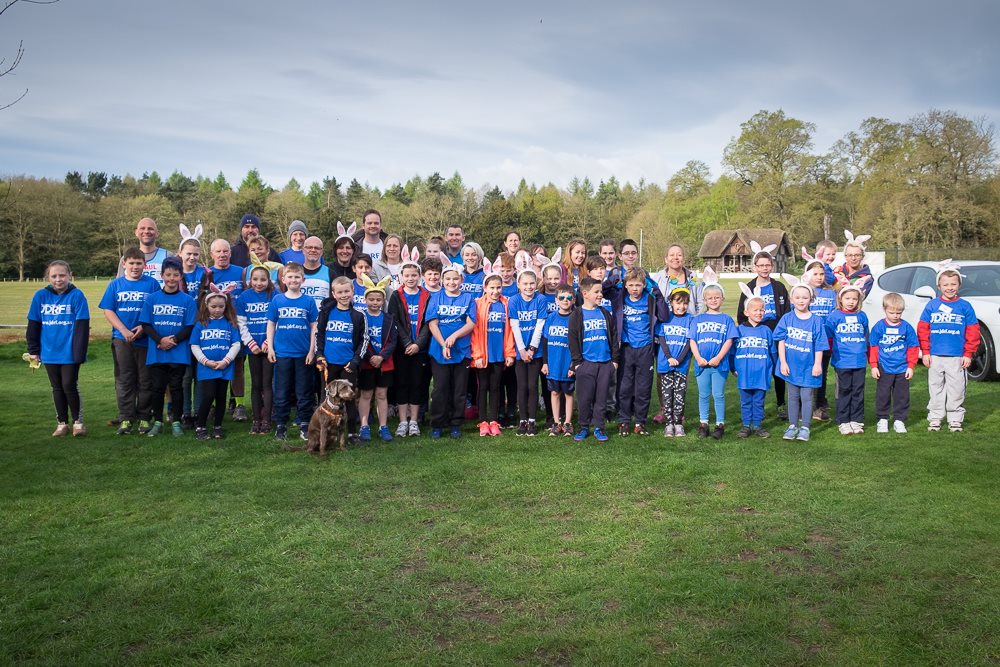 This year we’re devoting our fundraising efforts to local charities – each month, one of our 9 branches will choose a local charity to fundraise for. With around 50 members of staff, it’s not hard to find a charity we have a connection to, and this month was no different…

Our compliance manager Lisa Sprowell’s friend and running partner, Linda has joined forces with Rob and Sam Ferrol  in an effort to raise funds for JDRF (Juvenile Diabetes Research Foundation)

Rob and Sam’s son, Andrew suffers from Type 1 Diabetes.  Linda is a Teaching Assistant at his school and has seen the effects on his health first hand.

Linda and Rob with Andrew and friend, Mia. Image via: Worksop Guardian

Essential Recruitment supported the runners with a £200 donation.

Rob says: “The cash has yet to be counted but from all the numbers that we have been given so far, including some large cash donations today & a fabulous donation from Essential Recruitment along with some of the runners own JustGiving pages we have raised in excess of £1500 for today’s event alone. Put this with our own JustGiving that is now over £2700 we can happily say that we have beaten our £4000 target.” 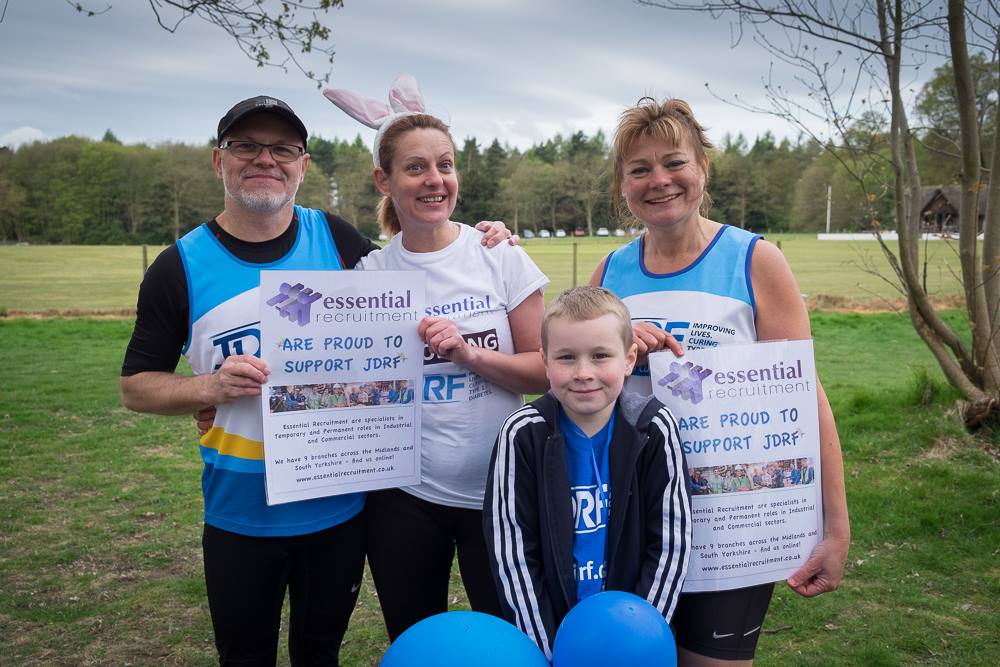 So what is JDRF?

JDRF is a charity who support around 400,000 people in the UK with Type 1 Diabetes. They are committed to eradicating type 1 diabetes and its effects for everyone in the UK with type 1, and at risk of developing it.

What is type 1 diabetes? (An extract from JDRF.org.uk explains the condition much better than we ever could!)

Type 1 diabetes isn’t caused by poor diet or an unhealthy lifestyle. In fact, it isn’t caused by anything that you did or didn’t do, and there was nothing you could have done to prevent it.

Type 1 diabetes is an autoimmune condition. For reasons we don’t yet fully understand, your immune system – which is meant to protect you from viruses and bacteria – attacks and destroys the insulin-producing cells in your pancreas, called beta cells.

Insulin is crucial to life. When you eat, insulin moves the energy from your food, called glucose, from your blood into the cells of your body. When the beta cells in your pancreas fail to produce insulin, glucose levels in your blood start to rise and your body can’t function properly. Over time this high level of glucose in the blood may damage nerves and blood vessels and the organs they supply.

This condition affects 400,000 people in the UK, with over 29,000 of them children. Incidence is increasing by about four per cent each year particularly in children under five, with a five-fold increase in this age group in the last 20 years.

Find out more by visiting the JDRF website: JDRF.org.uk