Every year, the whole Essential family ventures on a team building weekend – a chance for everyone to put a face to a name, catch up with old friends and let our hair down.

This year we traveled to Betws-y-coed in Conwy, Wales. Here we went Go-Karting and White Water Rafting! You can see the pictures by clicking here.

We decided to do something new this year, and incorporate an awards ceremony into our evening meal. After all, we have got a lot to celebrate!

We began with the ‘Noscars‘ (NOT the Oscars – get it?)

Emma Woodcock, our Consultant from Long Eaton won the ‘Wilderness award’. Emma left Essential after a 3 year stint,  however realised that the grass was not greener! She returned to us just 3 short months later. This award was for returning from the Wilderness.

Dani Cross, our consultant from Mansfield, won the ‘Image Change’ award.  Dani is one of our younger consultants, however she has rapidly become an integral part of our Mansfield branch – showing professionalism in not only her character, but her style.

Kristyan Rachael, our Business Development Manager, won the title of ‘Mr. Vain’! Kristyan is well known in the company for his high standards of hygiene, fashion and grooming.

Vikki Leece, our consultant from Burton, won the ‘Chatterbox Award’ for not being able to answer a question with a simple ‘yes’ or ‘no’ – Vikki just loves to chat!

Abi Dearden, our consultant from Mansfield, won the ‘Most Outlandish Statement’ award. Examples include thinking the famous Prince song was titled ‘When Dust Dries’ and claiming that to combat tiredness in the morning, she listened to loud music and drove ‘errotically’ to work in the mornings!

Next was our awards for the 5 year club – those members of the business that have been with us for 5 years or more. Winners were Barnsley Branch Manager Alison Wilby, Accounts Manager Sarah Wadsworth, Compliance Manager Lisa Sprowell, Mansfield Branch Manager Belinda Henshaw, Business Development Manager Kristyan Rachael and Operations Manager Marc Orli.

We then had a section for ‘special recognitions’. These awards were chosen by our branch managers and senior management team, and recognised those in the business who continue to show their value in the business, rather than a single achievement.

Finally, our 10 year service awards. These went to our MD, Gary Wilson and our Branch Support and Training Manager, Lisa Hadfield. Both Gary and Lisa have been with Essential since day one and have grown the business to be where we are today.

We are extremely proud of all of our staff members, and hope to see all of them in the 5 and 10 year club in the future! 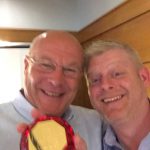 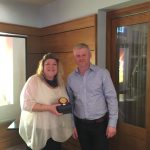 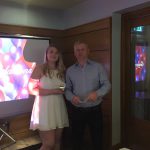 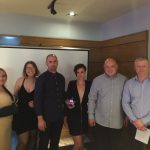 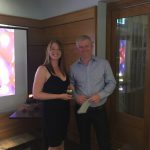 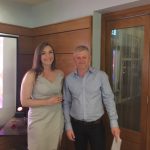 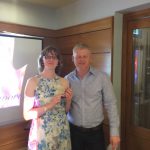 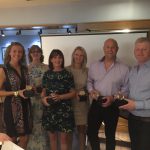 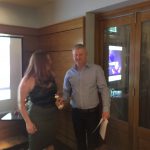 Consultant Emma collecting her ”Noscar’ for ‘The wilderness award’ 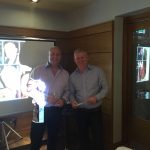 Business Development, Kristyan collecting his ‘noscar’ for being ‘Mr Vain’ 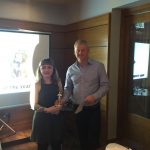 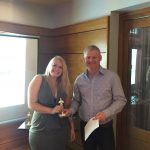 Consultant Vikki collecting her ‘noscar’ for the ‘Chatterbox Award’ 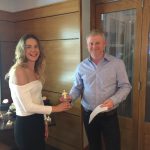 Consultant Abi collecting her ‘noscar’ for ‘Most outlandish statement’