We think it’s fair to say no-one likes the 5 day working week. Waking in on a Monday, enduring a grueling 9 hours in the office and returning home – but what if that doesn’t have to be the future? What if we only had to work 4 days and shorter ones at that? Do you think that would be more suitable to maintain a work life balance? This article will outline arguments both for and against the idea, and whether this is likely to ever happen in the future. 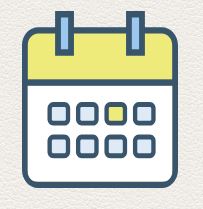 Perpetual Guardian, a wills and trusts firm based in New Zealand, decided to conduct a two-week experiment to allow its employees to work four days a week rather than five. Following the trial, a survey of the employees found that almost one-quarter said they felt they had restored some work/life balance, while just under ten per cent said they felt working fewer days had made them less stressed. The company itself said it had not observed any fall in productivity for the duration of the experiment. Although around 25% of employees said it had helped restore the work/life balance, fewer than 10% said they felt less stressed? Is this because you have to cram 5 days work into 4, meaning employees have less time to focus on tasks and have shorter deadlines which indeed would increase their stress. So perhaps in this circumstance it was fairly even in terms of benefits and drawbacks.

Businesses in other countries are trying to implement this test as well. Similar experiments have taken place in Iceland and Sweden, with employers not seeing any visible difference in productivity as a result of a shorter working week. In Japan, companies can give their employees a shorter working week by allowing them to arrive late on one Monday a month. This is backed by the Japanese government. A shorter working week simply is not possible or practical in some industries, particularly where the business is customer-facing, which is why most of these experiments have been just that. Although the welfare of employees improved, there will come a point where shortening the working week is counter-productive. There is no question that working fewer hours during the week makes employees happier and more productive in the hours they do work. While shortening the working week to just one day seems to be wholly unrealistic, moving to a four-day week or working shortened hours on at least one day a month or week is sure to have a positive effect on our life, health and happiness. 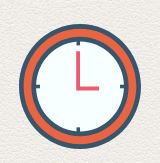 We think there is no doubt that working a shorter week appeals to everyone. The promise of working less and keep the same salary obviously is something that everyone wants to do – however perhaps within moderation!

It would likely be unrealistic within certain industries like customer facing, customer service where help is available 24/7, emergency services, construction and retail. Perhaps experimenting within industries it could be possible is the first step, and taking future decisions based on the success of the test. However, if this was to be implemented across certain industries we could see a decline in the number of people that apply for those industries that don’t accommodate for a 4 day week, potentially hurting businesses and making it far more difficult to recruit staff especially in sectors like retail which have a high turnover of staff already.

Could the future working week be just one day long?