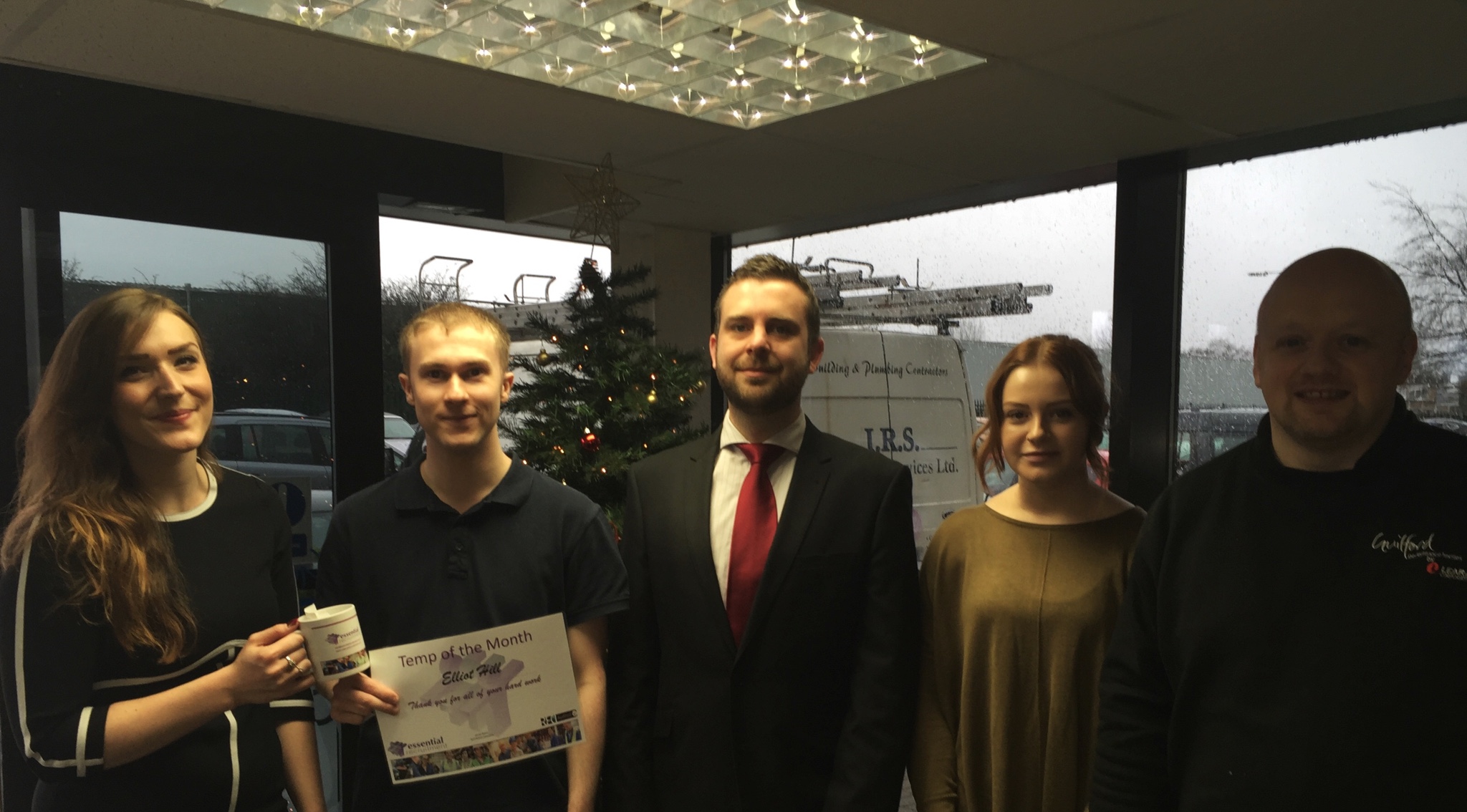 Our November Temp of the Month has been awarded to Elliott Hill, who works for us as a Dye Lab Operative.

Lisa Hadfield, Branch Manager at Essential’s Ripley branch commented on Elliot’s nomination:  “Our client mentioned that Elliot has created a chemical mix that has saved the company money and down time”. Our client added “A pump on one of the machines had become contaminated and blocked by adhesive.  Elliot, through his chemical knowledge and lab testing was able to quickly identify a chemical that would help remove the adhesive. By using this chemical the down time was minimal and the pump didn’t have to be replaced.

A huge congratulations to you Elliot, we’re proud to have candidates like you to represent our agency.

Our Barnsley branch nominated David Whitehead, a General Operative who has worked for us since July 2014.  Branch Manager Alison Wilby says “David has always been 100% reliable. He will do any shift required with no complaints”.

FLT Driver Janis Auzins received a nomination from our Burton branch – Manager Rebecca Brookes says that “he has been very reliable, followed procedures and never been off sick”.

In Chesterfield, Luke Gledhill was nominated due to his performance. Branch Manager Rob Wilson commented “He has out performed all other agency supplied staff at our Client’s premises. By consistently doing more hours than asked of him & working most weekends , he did 65 hours in one week”.

Labourer John Newman received the Long Eaton branch’s nomination this month. Branch Manager Jonathan Briggs explained that John has “worked for us on a temporary basis for two years at eight different clients, and has never let us down or caused issues.”

Our Mansfield branch nominated Warehouse Operatives Jolanta and Mihails Malko this month, with Branch Manager Belinda Henshaw saying “Jolanta hasn’t had a day off sick or let us down in the whole 13 weeks she has been working for us and Mihails hasn’t let us down in 9 weeks of working for us. They are always polite and thank us for every shift they are given and they communicate with us if they ever have any issues.”

Przemyslaw Rakowski received the nomination this month from our Worksop branch. Branch Manager Amy explained that he “never causes us any issues”.