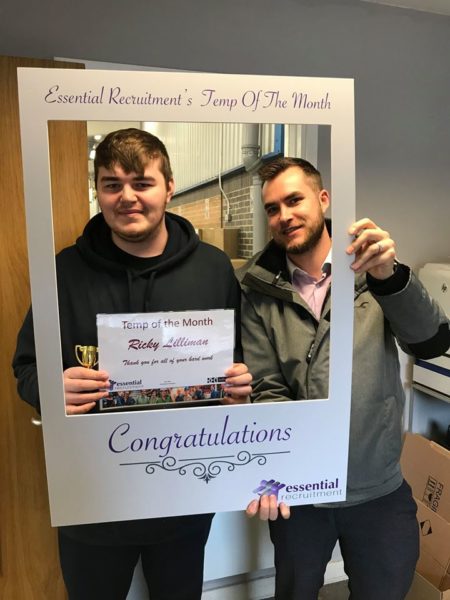 Congratulations to our Temp of the Month, Ricky from Mansfield!

VOTES: 71
Branch: Mansfield
Candidate: Ricky
Nomination Statement: “Ricky didn’t finish well at DMW last year and we gave him a second chance and he has proved himself this year, turns up on time everyday helps others out and is way above targets, well done for showing us you were worth a second chance!” 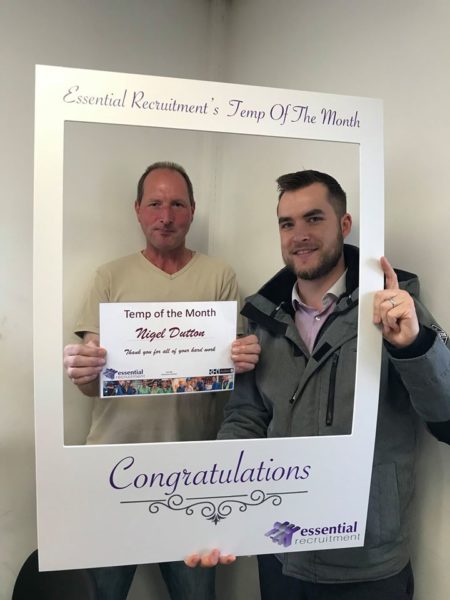 VOTES: 4
Branch: Mansfield
Candidate: Nigel
Nomination Statement: “This is Nigels 3rd time at DMW – he’s known as Mr Consistant – never any issues with Nigel, keeps his head down and gets on with his work. This is what we like to see – keep up the good work!” 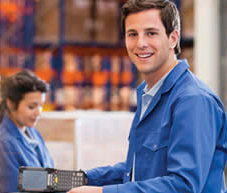 “Jason has helped and supported me within the operation, he is always smiling and boosts morale with his jokes, however he is a very hard worker who never stops working, he is always looking for something to do and will help and support all levels of staff.” – Manager 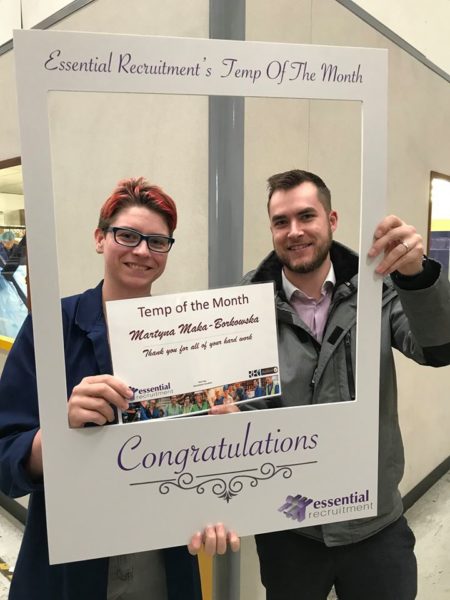 VOTES: 28
Candidate: Martyna Maka-Borkowska
Nomination Statement: “Martyna has been put into the Ice-Cream lid packaging room – this was a trial and she has proved herself enough to be running the line, dealing with paperwork and making sure the line runs smoothly – keep it up!”

VOTES: 2
Branch: Chesterfield
Candidate: Daniel
Nomination Statement:
“Daniel is a model worker, his attendance, application and work rate are second to none. He is a conscientious, affable and capable individual with a ready smile who follows instructions to the letter, a good example to all!” 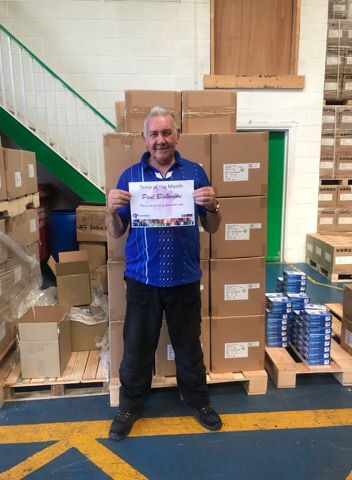 VOTES: 1
Branch: Barnsley
Candidate: Paul
Nomination Statement: “Paul is one of the most dedicated workers we’ve had in a very long time, without fail he’s always the first to turn up and the last to leave.
His dedication and self pride always shows through with the quality of work he produces, without Paul the workplace wouldn’t be the same as he’s an asset to the company. ” 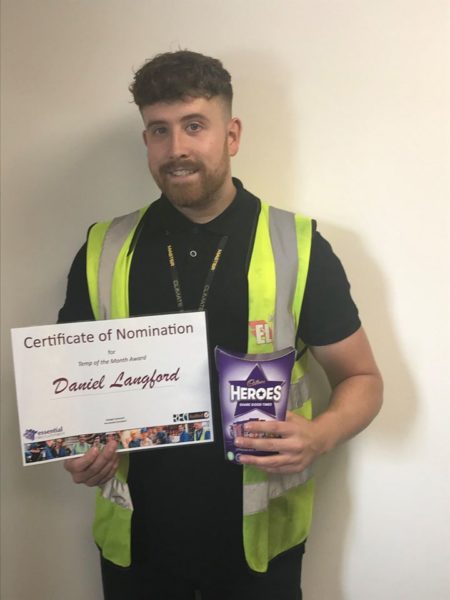 VOTES: 3
Branch: Long Eaton
Candidate: Daniel
Nomination Statement: “‘Daniel has been ‘wanted’ by many of our clients as wherever he goes he always makes a very good impression! Daniel is very keen to work hard and will always go to work last minute and give it his everything. Daniel is now settled and on a temp to perm contract for one of our local clients’ 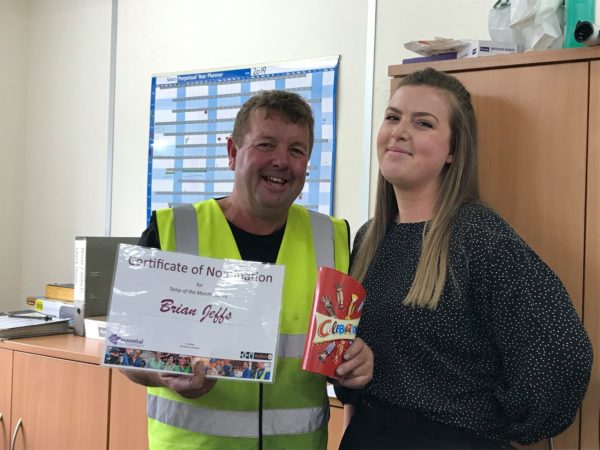 VOTES: 3
Branch: Burton
Candidate: Brian
Nomination Statement:
“Brian has worked for us for just over 12 weeks and is such a reliable worker – always on time, a good attitude and gets on with his work with no problems. He is a great guy!” (Gary – Manager)

“Brian has worked for essential for numerous years and always has a positive attitude and a great work ethic. Brian is always very reliable and has a excellent attendance record” (Tori – Consultant)