Congratulations to Thomas Mugford from Mansfield, our Temp of the Month winner for April 2018! 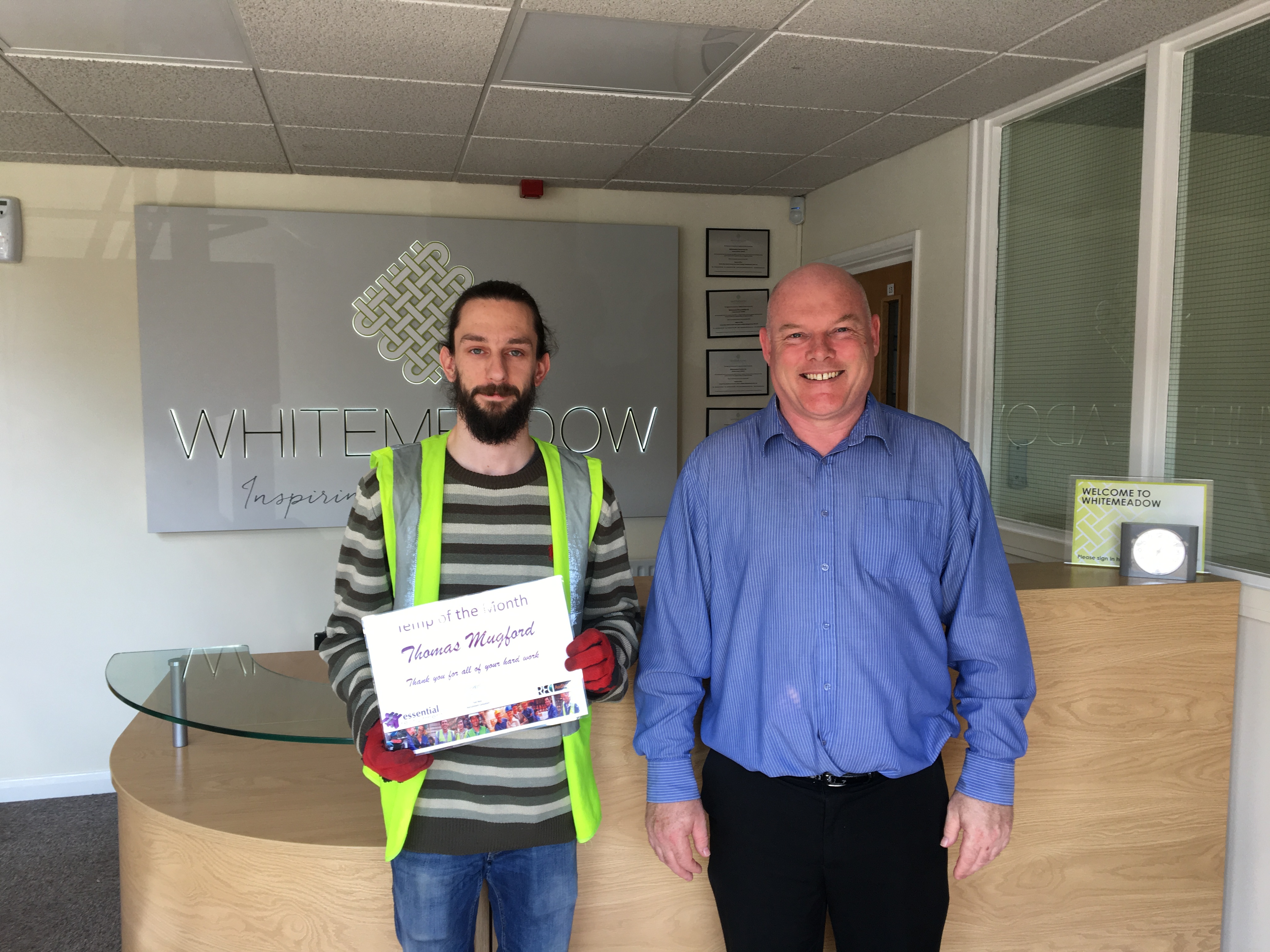 Thomas has been an excellent worker with no absences.

“Tom has performed really well since joining us on the 4th April, he has learned the models, specifications of bagging and closing down loads to ensure Despatching to customers is on time.

In a fast paced and physically demanding role, Tom has really pushed himself to succeed and has become a very valued team member, I’m sure in the future that Tom will do really well for himself within the company if he continues to show the commitment he has carried out since his start date.”

We’re so glad to have a worker like you on our books Thomas – thanks for all of your hard work!

Branch: Burton
Candidate: Isacc Akuffo
Job title: FLT Driver
Nomination statement: ‘Isacc is a great worker He has limited time off, is a keen worker and  always does overtime. He’s been with us for 22 weeks and has always been a reliable worker’

Branch: Long Eaton
Candidate: Tyler Cain
Job title: Recycling Operative
Nomination Statement: ‘ Tyler has an excellent attendance record and he will always put in the extra hours when needed’.  Our client says ‘He does not stomp his feet when told to do something that isn’t his usual day to day duties’

Branch: Ripley
Candidate: William Entwistle
Nomination statement: William unfortunately lost his home – he was unable to make the rent payments and found himself without a roof over his head. He came to the office to see Beth to tell us what had happened and to assure us he wouldn’t miss a day at work. We couldn’t have that so we paid for him to stay in a Travelodge until he managed to sort some emergency housing! True to his word he never missed a day.  He deserves a medal for what he’s been through.

Branch: Worksop
Candidate: Stefan Pauk
Nomination Statement: ‘Stefan worked at this client for a year, but was let go due to lack of work. He was asked back around Christmas 2016 to come and help out for 2 weeks only –  and that was 22 weeks ago! He is 66 and no-one wanted to give him a contract due to his age but he is good at what he is doing and our client said that if he was younger he would have really bright future.

Branch: Doncaster
Candidate: Peter Whitworth
Job title: Picker
Nomination Statement: ‘The client has requested we nominate him. They say he has a great attitude and is smashing his pick targets!