People love new technology, but should we stick to our old-school methods? Here’s the pro’s and con’s of some of the latest interview methods… 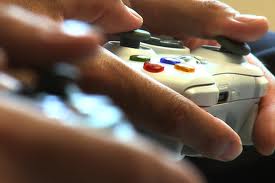 Skype
This video communications platform is free to use and connects over 300 million people worldwide. All you  need is a computer and a stable internet connection.

Pro’s
– Able to quickly communicate with candidates anywhere in the world
– There is no travel time or waiting time, so there is more flexibility for a busy candidate.
– You can gauge body language, which you can’t do on a telephone interview
– The positioning of the camera, the location they’ve decided to call from and how much effort they’ve made will be able to tell you something about their personality.
Con’s
– A good quality internet connection is needed for a a stress free interview – on both ends.
– Things like poor hygiene and presentability can’t always be assessed – if you’re hiring someone that will represent your company, you’d like them to leave a good impression!
–  The candidate could be less prepared than in a face to face interview. They could have notes, or cold be researching as you’re talking to them! (Using their laptop/smartphone out of view for example)

Games
Video games are created specifically to record decisions made and convert actions in to valuable data which can be analysed to make judgement on a candidate.

Pro’s
– You can judge a candidates decision making and sub-conscious decisions
– There isn’t the pressure of a standard interview
– Actions and decisions will be made instinctively, rather than answering rehearsed, generic interview questions.

Con’s
– The older generation may disregard the importance of these games, or not be able to play them.
– Actions may not correlate to the decisions you’ve made in real life. Many video games involve breaking the law & we do this without thought… something we wouldn’t do in real life.

Video
A one-sided platform which can be made from a variety of sources – from smartphones to professionally made videos.

Pro’s
– Allows you to see and judge the candidate before interacting
– Can be done at any time, so is great for busy candidates
– Similarly to the Skype interview, you can see how the chandidates presents themselves, and what their body language says.

-Con’s
– You can’t change the direction of  the conversation in any certain areas as you could if it were a 2-way conversation.
– You will most likely have to interview them after anyway in order to get the final decision you need.
– Shy candidates may struggle with speaking on camera and be unfairly dismissed.